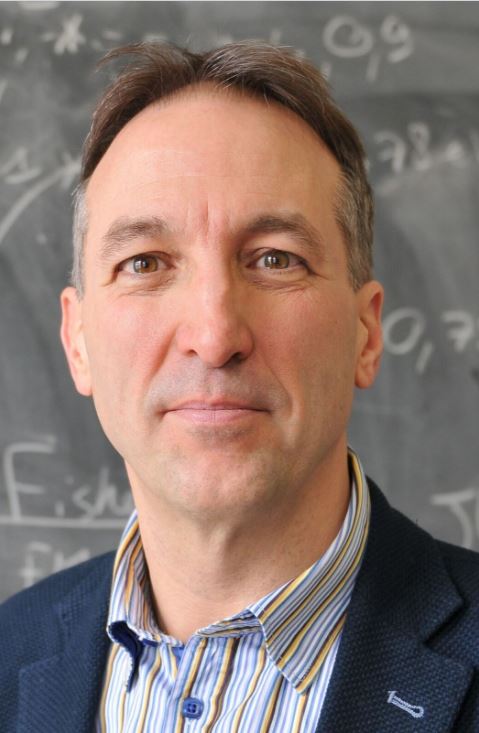 The Institut de l’énergie Trottier (IET) is pleased to announce the appointment of Professor Normand Mousseau as Academic Director. This theoretical physicist takes the reins of the IET, with the benefit of a 20-plus year professional career that counts many successes in both higher education and research.

In addition to a bachelor’s and a master’s in physics from Université de Montréal, Professor. Mousseau holds a Ph.D. from Michigan State University. As Natural Sciences and Engineering Research Council of Canada (NSERC) fellow, he pursued a postdoctoral project in theoretical physics at Oxford University, followed by a second one in condensed matter physics at the Université de Montréal.

Professor at the Department of Physics of the Université de Montréal, this energy specialist is a well-known author and speaker. He has several books to his credit – among which “Au bout du pétrole” (« At the end of oil »), “La révolution des gaz de schiste” (« The shale gas revolution ») and “L’avenir du Québec passe par l’indépendance énergétique” (« The future of Quebec requires energy  indépendance » ) – and has been the host of La Grande équation, a weekly popular science radio program on Radio VM.

Over the past 20 years, his expertise was sought in the United States, the Netherlands, France, China and Taiwan, where he applied his knowledge as a professor and a guest researcher for various institutions. From 2010 to 2013, he was the founding director of Calcul Québec, Quebec’s high performance computing consortium. More recently, he co-chaired the Commission sur les enjeux énergétiques du Québec whose report “Maîtriser notre avenir énergétique” was published in 2014.

Starting September 26th, Professor. Mousseau’s experience will be put to work for the IET. Recognized leader, he will work at creating an environment favorable to transdisciplinary projects while increasing social awareness on energy issues.

“Professor Mousseau’s great qualities as a researcher and science writer caught our attention. His media impact and understanding of issues related to the management of a university institute will surely propel the IET’s work.” said Gilles Savard, Director of Research, Innovation and International Affairs at Polytechnique.

The mandate given to Professor Mousseau is a three-year term.